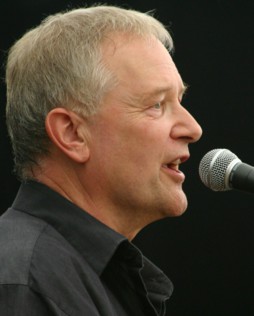 I've been a singer all my life - I first developed an interest in Folk Song while at college in West Sussex in the early 1970s, and formed a duo with Steve Rackstraw which lasted until we each got proper jobs 100 miles apart.

Moving to Luton, I sang solo for a few years and in a duo with Dave Edwards, until I met with Graeme Meek and formed the group Life and Times in 1982 with Greg Lindsay on flute, Graeme on guitar and vocals and I played melodeon and sang as well.  Two albums later, Greg left us and Life and Times became a duo.  Subsequent recordings included "Charivari", "Marston Vale" and "Where the Working Boats Went", which is also the title of the show performed by Life and Times at various venues around the country from 2008 until 2015 when I left the duo to pursue other projects, including solo performance.

I sing songs from the English tradition as well as songs I've written myself and songs from other writers, accompanied by melodeon, concertina or guitar, and sometimes not accompanied at all! 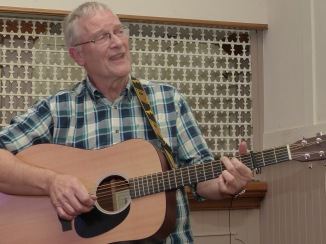